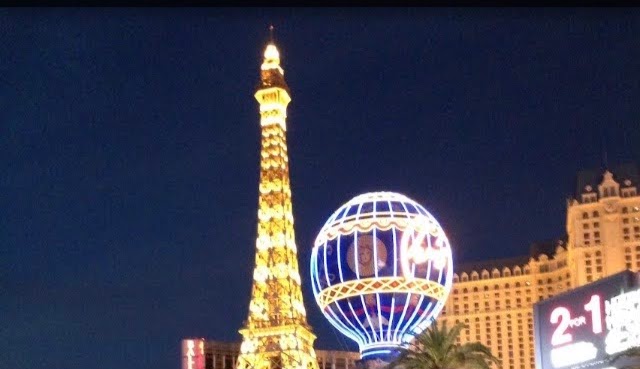 (AT from Manassas Gap to Snickers’ Gap — 28 miles)

I was feeling melancholy. Neither my glass of Loire wine, nor some ripe Brie cheese, nor the faint strains of accordion music from the cafe across the plaza soothed me. I read and re-read the RSVP list on Karan and Kylie’s Roaring Plains/Haystack Mountain trip without seeing the usual attrition of a DCUL trip. I was too deep into the waitlist to get in on the trip. My weekend backpacking plans seemed doomed to fate. Scratching my beret, it occurred to me—mon dieu!—I should just post a trip of my own! I had only one question: where? Borrowing inspiration from all around me, I chose Paris! Paris, Virginia.

The plan was to hike the Appalachian Trail north from Manassas Gap to Snickers’ Gap. A stretch featuring the northernmost bald on the AT in Sky Meadows (for that “alpine-like experience”), a view of Paris, Va, and a trip on the notorious “roller coaster”—a series of 7-8 pointless up and downs (“PUDS”) from Ashby Gap to just beyond Snickers’ Gap. It was easy to organize and had some interesting highlights.

By posting the trip just a few days before the start date I knew attendance might be sparse. However, Alexander immediately shouted “oui!” We were on.

And then, no one else responded. C’est la vie, I thought. Alexander is a cool guy and a strong hiker. It will be fun. However, I don’t have a car and Alexander’s one car made a point-to-point shuttle trip inconvenient. Our initial plan was to park at Manassas Gap and take a taxi or Uber to Snickers’ Gap and do a southbound hike to the car. We’d hike 2 miles Friday night, 12 miles Saturday, and 10 miles Sunday.

Dain, responding to the siren song of Paris, signed on the day before our trip, making us a proper group. He also volunteered his wife to shuttle us. This let us return to the northbound hike, as advertised. However, Dain could not arrive until Saturday morning. So, his plan was to wake Saturday morning at 4:30 a.m., drive to Manassas Gap, and hike up the 2 miles to the Manassas Gap shelter to meet us for the 6:00 a.m. start of our day. I was impressed by that move! Alexander bet Dain would be a no-show. I had confidence in him, though.

Alexander and I started hiking Friday at around 8:00 p.m. for the steady 2 mile uphill hike to the shelter. It was very hot, despite the time. The humidity was oppressive. This concerned us. How would this feel in the heat of the day? We talked about chess to distract ourselves. Alexander discovered the game relatively recently. We reached the shelter hot and very sweaty, made camp, and waited for the rain to cool things down—which it did . . . a bit. We had hiked 2.35 miles.

The next morning Dain met us at 6:00 a.m., on the dot. I claimed victory on the bet! The three of us continued uphill in the swampy humidity and rising heat in good spirits and full of conversation. We learned about Dain’s beekeeping and duck raising. Did you know you can make your own queen bee for a hive? All you need is some skill and something called “royal jelly.” Really. We also learned that geese make great guard birds for ducks. From Alexander we learned of his Vermont Long Trail hike attempt and the biblical rainfall he endured.

We passed into Sky Meadows State Park and took a side trail to the balds, which are, indeed, giant meadows in the sky overlooking Paris with views to Tysons Corner. Alexander thought my “alpine-like experience” advertisement was a bit of hyperbole, but when pressed he conceded it was cool. We were making great time and it appeared we’d be at our evening shelter location around noon—way too early. Dain suggested we hike further than advertised to Bear Rocks and a good campsite he knew. Alexander and I readily agreed.

We started the roller coaster at the sign announcing the trail feature. Along the way, Alexander and I got ahead of a group of four hikers doing the same hike as us as part of their training for an upcoming AT through hike. We’d pass them and then they’d pass us. Each time they passed us we mentioned that we were waiting for our friend, Dain. At one point they thought Dain was a fictional friend—sort of like that girlfriend we all had in middle school who no one ever met because she was in “Canada.”

We never had to wait long for Dain, however. And, hiking with him had a new reward—he was able to show us a hidden waterfall off the AT. It was nice to see the waterfall and to soak our overheated feet in the cool pools.

After a time, we pressed on to Bear Rocks. The PUDS of the “roller coaster” were tiring, but we all faced them in good form. We got to the campsite around 4:00 p.m. Alexander and I had hiked 20.85 miles; Dain hiked 23.2 miles.

Dain and Alexander immediately set up their camp. I toured the area for an hour killing time and looking for the ideal tent spot. A thunderstorm was expected and I wanted to pick a good site. Once I set up, we had a few hours to have dinner and talk before I called “hiker midnight” at 8:00 p.m. Overnight, it poured and poured, reminding Alexander of his Long Trail experience. Dain’s tarp had a leak and he gamely, and skillfully, engineered a midnight work-around.

We woke in time to start hiking at 6:15 a.m. to finish off the roller coaster. With much of the coaster behind us, and the prospect of an Apple House breakfast before us, we hiked at good speed up and down the remaining PUDs. In 5 miles we reached our destination—and the truck that Dain and his wife prepositioned for us. We reversed the shuttle, chowed down on eggs and apple butter donuts, and headed for home.

The total trip mileage was 28.2 miles. This was a bit more than the 24 miles I advertised. Saturday was also double the split I advertised, making this more of a MO trip than a LM trip. However, we were all more than up to it. It was an easy trip to set up. The distance from DC was only an hour. The trail featured balds, a waterfall, and the challenging “roller coaster.” Our 5,502 elevation gain was respectable and good for training purposes. The temperature was certainly not as cool as we’d expect in Roaring Plains, WV, and we didn’t have the interesting-sounding bushwhack to Haystack Mountain advertised on that trip. But, we’ll always have Paris!