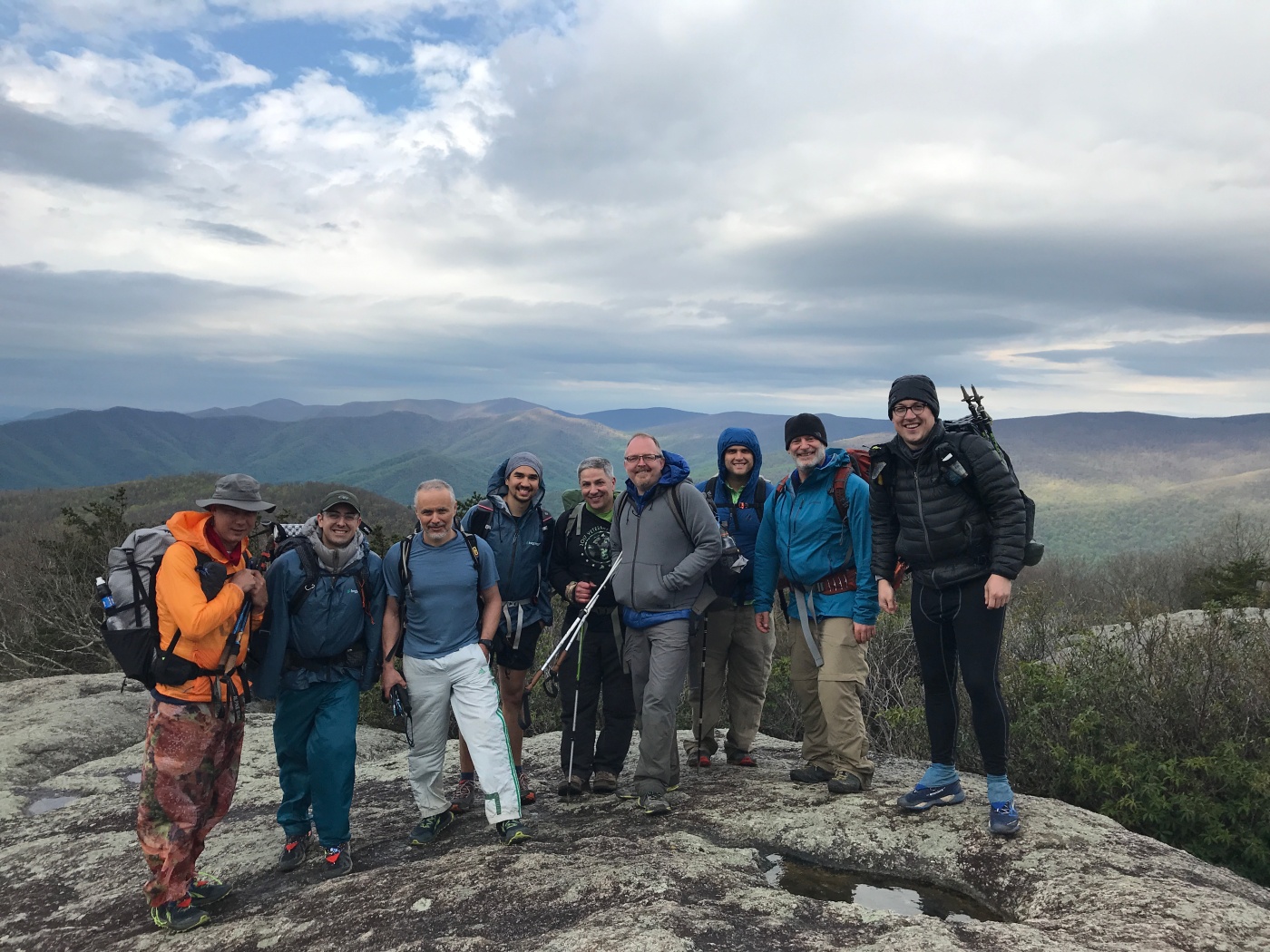 This was a beautiful weekend in newly-green Shenandoah, and a successful first trip for five new members! I’d been wanting to do this sort of trip (camping at Nicholson and doing an early morning summit of Old Rag before the crowds arrived) for several years, and it was great to finally make that happen.

Saturday morning most of us met up at Vienna and headed out to the White Oak Canyon parking lot, meeting up with the crews coming from Norfolk and Gettysburg around 10 a.m. We ended up paying to park at the overflow lot, but at least there was space! My car detoured by the Old Rag entrance to pick a backcountry permit (unnecessary: WOC entrance had backcountry permits available, at least this past weekend), and it was completely mobbed.

The ten of us started the climb up White Oak Canyon, stopping for lots of photos at the waterfalls. It was sunny, gorgeous, and predictably crowded given the weather. As we climbed, the leaf cover thinned out; it was interesting to see almost entirely different seasons at lower and higher elevations.

We continued on WOC all the way until turning north on the AT, pulling off for lunch at Skyland. The to-go cafe unfortunately didn’t open until 2, so we settled for our own packed lunches and a very windy view of Shenandoah valley. We then headed on to Stony Man, where several of us nearly lost our hats in the strong wind!

From there it was all downhill to camp, staying on the AT until hanging a right on Nicholson. We camped just past the intersection with Hot-Short trail; most of the campsites on that stretch were already occupied by the time we got in, but we found space that worked. It helped that our group had a full 50-50 split between tents and hammocks!

Over dinner, we decided to schedule an extra-early start so we could hit Old Rag’s ridge at sunrise on Sunday. Night (pre-dawn?) hiking was new for a lot of people, and definitely a bit unusual for an LM, but we were eager to have the scramble to ourselves. Anticipating the early start, we wrapped up dinner (and polished off some chocolate pudding) and headed to our shelters by 8 p.m. after many repeated reminders of when we’d be leaving the next morning.

Michael and I had boldly considered cowboy camping, but it was a lot cloudier at 8 than it had been at 5, so we set up our full shelters before bed. This was definitely a smart decision, because it rained heavily almost the entire night! We also had an ursine visitor to our campsite around 9pm, spotted by Matt and heard by many.

We were all awake by 3:30 the next morning, getting onto trail by 4:15, getting to the start of the climb up to Old Rag just after 5am. The switchbacks were incredibly peaceful in the dark, and we regrouped at an east-facing overlook just as the sun came up. It was pretty exposed to a strong breeze up there, and I was definitely envious of Ian’s hamburger print wind pants. 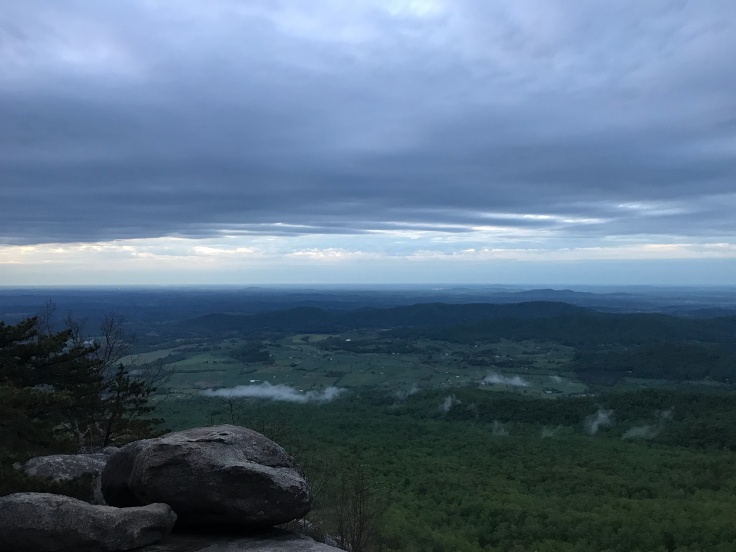 Getting through the scramble with full packs was definitely a challenge, but we all made it through in good style! Dmitri knew the area well and was a big help showing us the best ways to get through. We only encountered a couple trail runners and two small groups on our way up; it was worth the early wake up call to not have to wait behind other people, and to not feel like we were holding anyone up either.

It started to rain just as we passed the first false summit, so we pushed on to get through the technical section before the rocks got too wet and slippery, reaching the summit around 8 a.m. We hung out for a while, enjoying the views of the trails we’d hiked the day before (as well as some hot breakfasts). 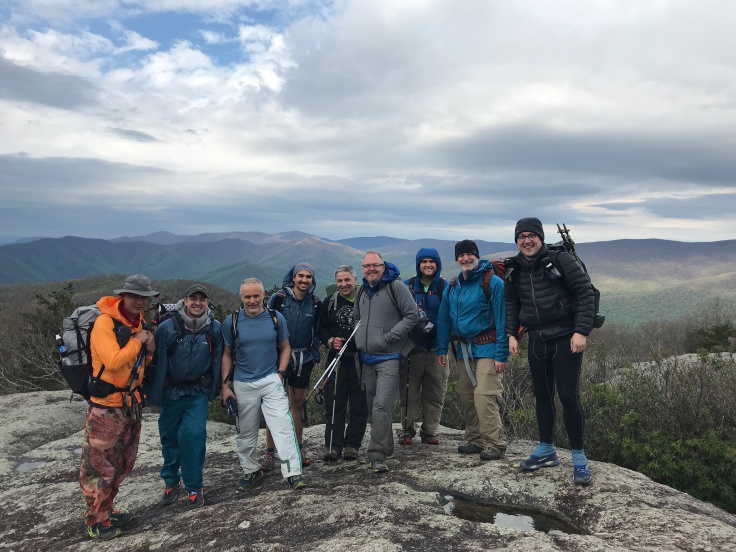 Fortunately the rain passed quickly, and the descent wasn’t too slippery. We passed a lot of people on their way up, and were yet again relieved that we’d managed to avoid the crowds on such a popular hike. We got back to the cars around 10:30 a.m. and said our goodbyes, after which the Vienna crew stopped by Griffin Tavern for breakfast-brunch-lunch (what do you call a meal where some people have coffee and others have beer?).

Congrats to Alex, Yamaan, Ian, Justin, and Matt for their first trip with DCUL and becoming members! It’s great to have you all 🙂