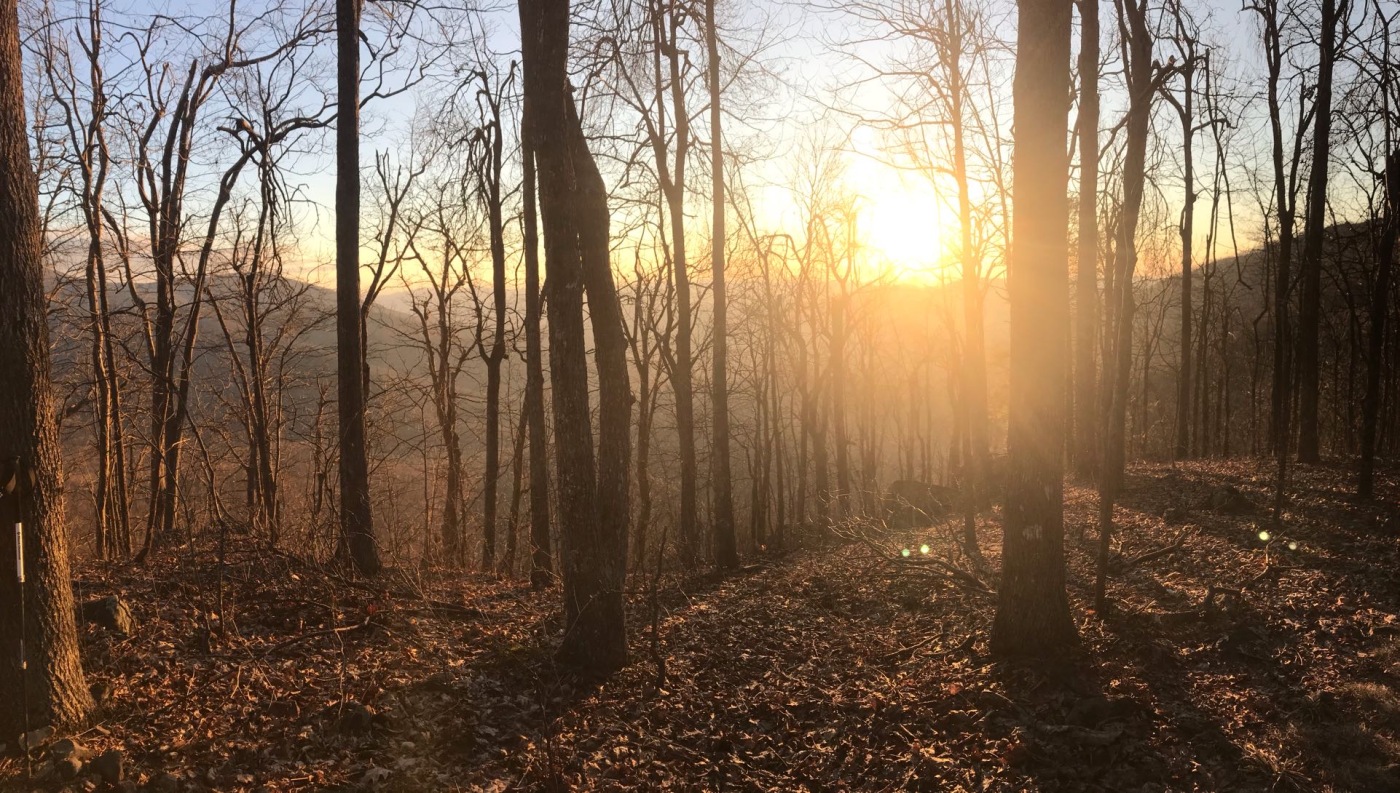 Some people work hard, party harder… this trip seemed to follow that mantra: powering through the miles with barely a break, and then taking camp + post-hike lounge time to new levels.

Friday night, we set off from a cold & windy Vienna parking lot in 3 cars after a bit of “who’s on first?” style logistics juggling. Fortunately, we all made it to Sheetz where we regrouped, gathered supplies, and continued on with fingers crossed that the Blue Ridge Parkway would stay open for the night. We were in luck with an open parkway, getting to Humpback Gap Overlook right around 8:30, but the wind on the ridgeline put us to shame for complaining back at Vienna – we all had numb fingers and shivers by the time we were packed and starting the trail.

While the 3 drivers went to drop 2 cars off at Reid’s Gap, the rest of us started the approach trail and headed north on the AT for a couple miles to Paul C Wolfe Shelter. The wind was nonexistent as soon as we got off the ridge, and we enjoyed an easy downhill – even doing a bit of it by moonlight. We crossed the stream before the shelter with varying degrees of bravado and success, and had the shelter and its camping area to ourselves. Whiskey, good conversation, and a light snowfall made for a lovely Friday night.

We decided to sleep in a bit the next morning to properly enjoy the (gorgeous) hollow in the light, getting on trail at 8am. After a brief repeat of the AT (now southbound), we turned onto the Jack Albright Loop to cover some new ground on the way back past the parking area. The day was brisk, clear, and sunny; many of the rock formations were covered with sheets of clear ice and dripping with icicles.

I’d been babying a mild ankle injury, so at the parking lot I decided to take a car and spend the day touring local breweries, finishing the shuttle, and meeting people at camp. The rest of the group continued south along the AT, but outside of a short break at Humpback Rocks, it sounded like it was generally a bit too cold to want to pause for very long. Bryan detoured to explore Wintergreen, but was derailed when he found himself sharing the trail with active downhill skiers. People on the chairlifts seemed to be amused to see a backpacker on the slopes. Most of the group made it to Maupin Field Shelter around 3:30, where they began the very serious business of collecting firewood.

By the time I showed up at the shelter just past 5, there was a lovely fire going. The area was crowded with other groups of campers, but none of them were in the immediate vicinity of the shelter. We enjoyed the light of the full moon, the warmth of the campfire, and the sugar from the Rice Krispie treats and spiced apple cider packs I’d brought in. Notably, the bear pole at Maupin Field shelter is one of the tallest I’ve ever seen; if it weren’t for Demetre shimmying up the pole to hand place our bags, I don’t think we would’ve managed to get them all up there. Lesson learned: that pole is most definitely bear proof at that height, but definitely not Demetre-proof.

Sunday morning came with an earlier wake up call, as we were all eager to complete the 12 miles remaining and get to our highly anticipated Shenandoah Pizza lunch. We powered through the first 2 miles, shedding layers as we climbed uphill, reaching Hanging Rock just as the sun peeked over the ridge. The view was beautiful, looking down into the valley and across to the Priest. The last time I’d been here, it had been mostly socked in with clouds but also covered with green trees; the contrast was striking. 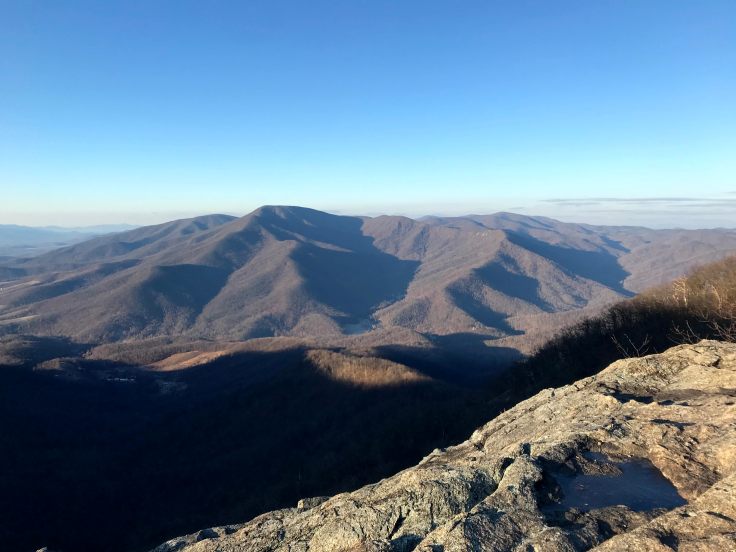 I turned around at that overlook and went back to the shelter, but the rest of the group continued south on the AT until just past Harpers Creek shelter, where they turned right to head back north on the Mau-Har trail. Everyone hiked steadily, leapfrogging each other back and forth, until they reached me back at Maupin Field. It was fun to see everyone stripped down to tshirts and sweating in the sun, given how chilly I was just sitting around!

The last two miles went quickly, and we passed more hikers heading in for a dayhike or trail run than we’d seen on the trails all weekend. By the time we got back to the lot at Reid’s Gap, it was totally full up – as was the Humpback Rocks lot where we’d parked on Friday. We made it to Shenandoah Pizza (pro tip: share a medium or large instead of getting an individual 7″), followed by delicious gelato at the Split Banana.

Thanks all for a lovely trip! What a treat to be out for a weekend and stay dry, with how this year has been so far.

It's October already. You know what that means? We can look forward to our winter treks to the Adirondacks. ⁠
What is this we have found? What, indeed!⁠
Twenty miles the hard way...⁠
Karan G captured the scenery in our recent trip to the Black Forest Trail in Pennsylvania.⁠
Morning on last weekend's jaunt on the Black Forest Trail.⁠
Redemption time in Shenandoah. ⁠