Most of us had done pieces of these trails before, yet we were all just as excited to see the beautiful Triple Crown Loop in Virginia again. The group, miles, and views were spectacular!

We met at the Vienna metro at 5 p.m. and got on the road around 5:30 p.m. We stopped at a Sheetz on the way for a quick dinner and set out for the Dragons Tooth trailhead. Everyone was in good spirits until we turned off I-81 and hit a rain cloud right before we got to the parking lot. 😳

But luckily for all of us, it passed quickly and we had great breezy weather the whole weekend! We hiked in to Lost Spectacles Gap to camp and went to bed by 11 p.m.

Saturday morning we met up at Dragons Tooth summit for sunrise at 7 a.m. The scrabble from camp to the top is one of the most technical climbs on the AT. David and Aileen wanted to show off and warmed up with a few bonus miles on the Appalachian Trail northbound before meeting us south on Dragons Tooth.

Around 7:30 we started hiking northbound. Shortly after crossing Newport road there was a bridge with a freely flowing stream. Until the next morning, this was the best water source. Most chose to top off their water. The trail followed the stream for a bit. After that the trail led through several beautiful pastures and eventually ascending Catawba Mountain. 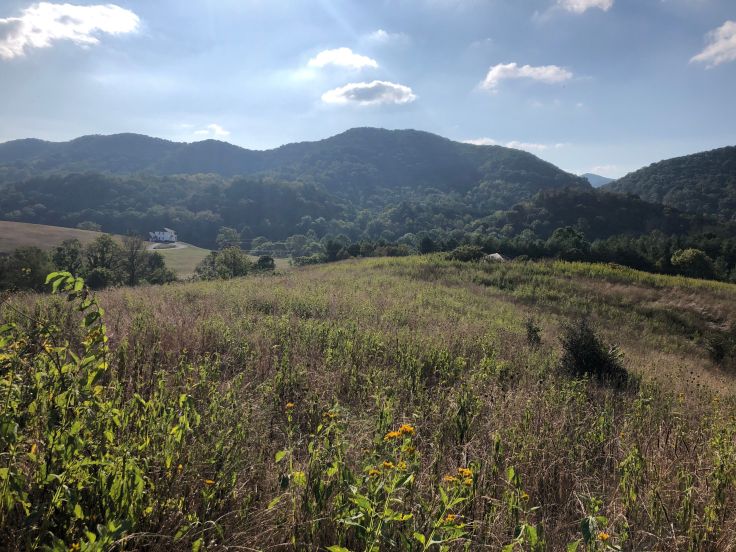 About halfway to McAfee, Trevor encountered some college students who asked “How far to the knob?” After sharing a map they painfully realized they were travelling the wrong direction.  Most of the group met up at the McAfee parking lot to snack and use the port-a-potty.

After leaving the parking lot we began the ascent to McAfee Knob. The trail was heavily trafficked until the AT trail and fire road meet. Most of the day-hikers walked the fire road route. There was no water at the Boy Scout shelter, a little available at Catawba Mountain shelter, but everyone chose to wait to refill until after McAfee Knob.

We stopped at McAfee Knob for lunch and tag-up. The sun was shining and there was a pleasant breeze.

After lunch we proceeded down to Campbell Shelter. Reports prior to the trip indicated a good supply of water. The shelter and privy were nice but the water source was very poor. Little more than a trickle of water out of a single pipe laid on the creek bed. Shortly after half our group arrived, a southbound couple also queued up to filter water. By then we realized that water was going to be difficult to come by on this route because all of the streams were dried up. Until the following morning the water situation was worrisome.

We all hiked onward until we had dinner at Tinker Cliffs. There was a little confusion about what part of the rocky overhang was officially “Tinker Cliffs”. One map labeled the first section of rocks as “Tinker Mountain” and the most northerly rocks “Tinker Cliffs”. We hiked to the latter and prepared dinner. Bryan (Wolverine), Trevor (Turbo), Stan, and Joe led the pack both days. Southbound hikers informed several members of the group that the Lambert’s Meadow Shelter water source was stagnant.

A few of the group continued on to Lambert Meadows early and the rest waited on the cliffs until sunset–a beautiful view. The Lambert Meadows Shelter stream was dry with a few stagnant puddles. Bryan boiled a little water but most abstained. We made plans to wake up early the next morning at 5AM, break camp at 6AM and get water on the way down Andy Lane.

Sunday, we wanted to get going early to beat the heat and make it home at a reasonable time. Kathryn decided to sleep in and catch a ride to meet us at the parking lot since she wasn’t feeling well and wasn’t sure if she could cover the miles in a short amount of time while under the weather.

We broke camp at 6AM as planned. After an hour of hiking Scorched Earth Gap and Andy Lane trail we came to the bridge crossing Catawba Creek. The rapidly flowing creek provided an excellent water source. We crossed another bridge, over Catawba Road and began the ascent to North Mountain. After a long series of meandering through the woods and switchbacks up the mountain we met up at the top.

After a mid-morning snack we set off southbound on the North Mountain Trail. Up, down, up, down, up, down… and so on. Lots of pretty scenery. A few spotted a bear and a turkey. After about 7 miles we met up at Deer Pass for a snack around noon. After the break we set off on the uphill and long descent back to Dragon’s Tooth parking lot. We got back to our cars around 2:15 p.m. After a quick cleanup and clothing change we were ready to head to the post trip meal. David knew the Staunton, VA area well, so we drove an hour and ate at the Depot Grille there.

The awesome weather, fun group of hikers and plentiful privies made this a great weekend hike. Jim and Joe earned Veteran status.

Joe was able to capture some great graphics of our route Saturday. https://www.relive.cc/view/gh40302074215