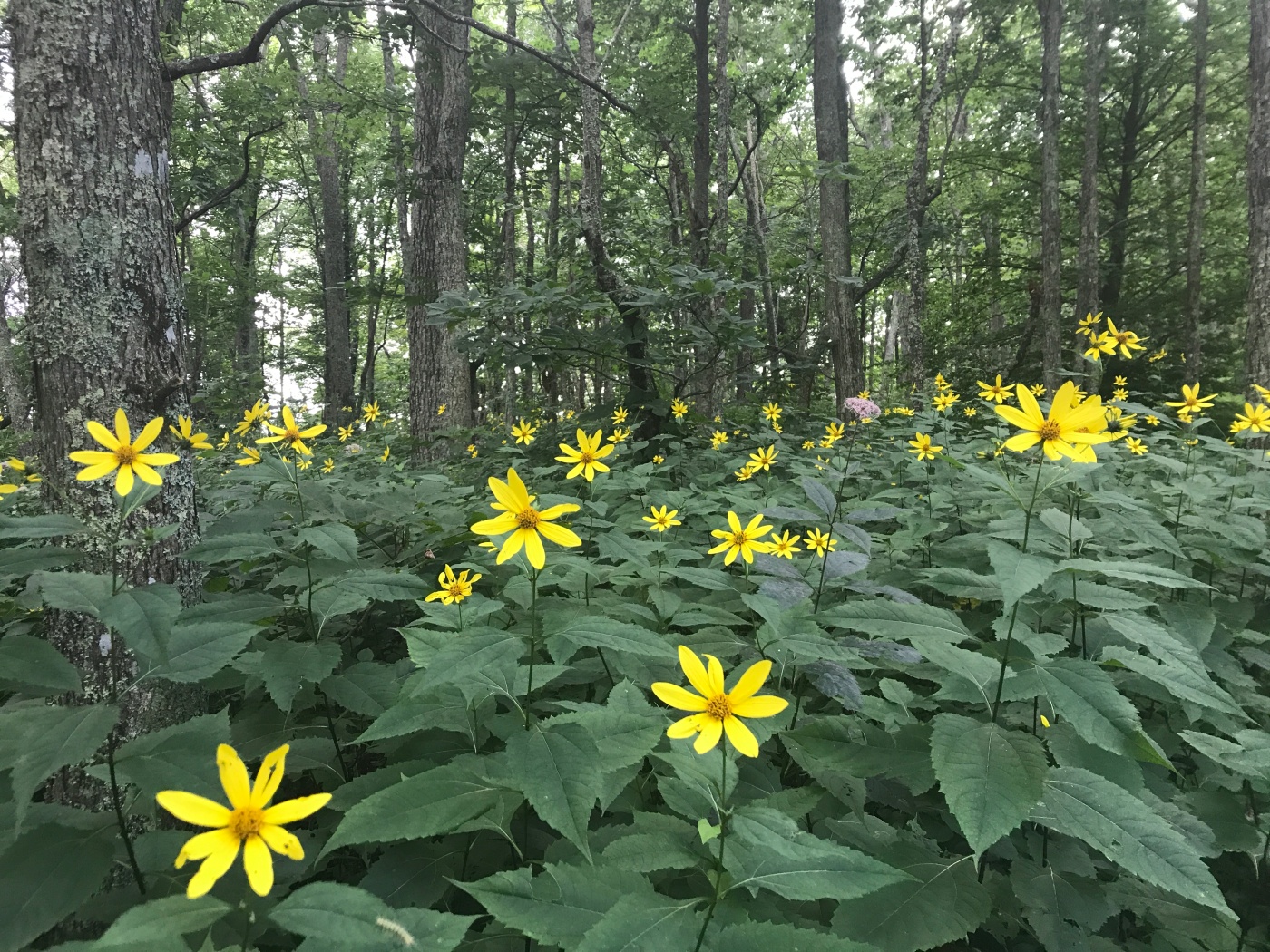 Karan’s planned trip to hike NOBO along the AT past Mt Pleasant and The Priest was so popular, nearly 15 people wanted to join. So, some of us split off to form a SOBO group, facilitating a key swap and taking advantage of the logistics of an already planned trip.

Trevor, Jeff, Bryan, and I met up at Vienna along with the nobo-ers around 5pm, leaving just in time to sit in traffic on our way down south. After a brief dinner stop at Sheetz, we finally reached the trailhead around 915pm. I’d never hiked The Priest before, in either direction, and Bryan described it as “you don’t mind climbing so much the first hour, but then it gets kind of old.” I’d say that’s fairly accurate, although I definitely didn’t make it a full hour of climbing before feeling ready to be done!

When we started, it was still warm out and incredibly noisy with bugs screaming all around us. By the top of the climb, I realized that all the bugs (or at least their noise) had faded away, and we were engulfed in a thick fog. Despite the heat and humidity, I could see my breath in front of me.

It was a bit difficult to find the entrance to the campsite (although I now have it logged on Gaia, if you’re looking!), but Bryan and I finally spotted it and we all started setting our tents up around 11pm. To our delight, Trevor had brought a truly wonderful Mickey Mouse styled tent.

The campsite was right at the Priest overlook, so we were perfectly positioned to see a gorgeous sunrise on Saturday morning. Despite the rainy forecast, we had clear skies all night and only enough clouds in the morning to get some good coloring from the sun.

We rolled out of camp between 6:30 and 7am, stopping to get water at the nearby shelter and continuing south along the AT, mostly hiking separately. At the shelter we encountered a family who were out on day 3 of 6 with 17 miles planned for the day. It sounds like they do a section of the AT every summer; the oldest boy (about 12 years old) had been doing this for 7 years!

I caught up with Bryan on the top of Spy Rock, where we enjoyed the views and used my PeakVisor app to name the mountains we could see. To our surprise, Jeff showed up after us – we both thought he was far ahead! Despite hiking south on a linear trail, the next few days were full of surprising skips and passes that disoriented us all.

At Spy Rock, there was a significant amount of trail work being done to reroute the trail to the summit; it was very impressive and we ran into the crew on their way in for the day as we hiked out. Thank you, everyone who helps to maintain trails!

I passed the nobo group right near Hog Camp Gap, just after Trevor and Bryan had passed them. We stopped and chatted for a bit, exchanging car keys and info about water sources, but then they pushed on, having many more miles remaining in their day than us. Turns out, knocking out 4 miles and 3000′ on Friday night makes the Saturday plans much easier! Who knew?

After lunch, I was walking through a big meadow when I found a pair of running shorts stuck on a bush. I knew I was close to a parking lot and there were lots of dayhikers in the area, but I decided to take the shorts with me on the off chance that they belonged to someone in the group (at the least, to clear the trail). Later that night in camp, Trevor was thrilled that his shorts had made their way back to him 🙂

We set up camp near the west overlook of Mount Pleasant, stretching out over two nearby sites. Trevor, Bryan, and I had showed up around 4pm, promptly getting into our tents to avoid the flies and taking naps (4 miles and 3000′ on Friday night after a long drive does also get in the way of a good night’s sleep, it seems). We woke up feeling refreshed and even managed to pull off a campfire, crawling back into bed just after 9pm.

Sunday started with another beautiful sunrise, and we made good time finishing up the Mt Pleasant loop and continuing south along the AT. Bryan saw a bear which, along with the two rattlesnakes he saw on Saturday, made for a fairly impressive wildlife count.

Jeff and I were blown away by the big open meadow on the north side of Cole Mountain; we hadn’t known it would be there, and we were surprised to find that sort of landscape on the AT in Virginia (outside of the Grayson Highlands). The trail was clear through the grasses (mown, actually), and lots of wildflowers were blooming. 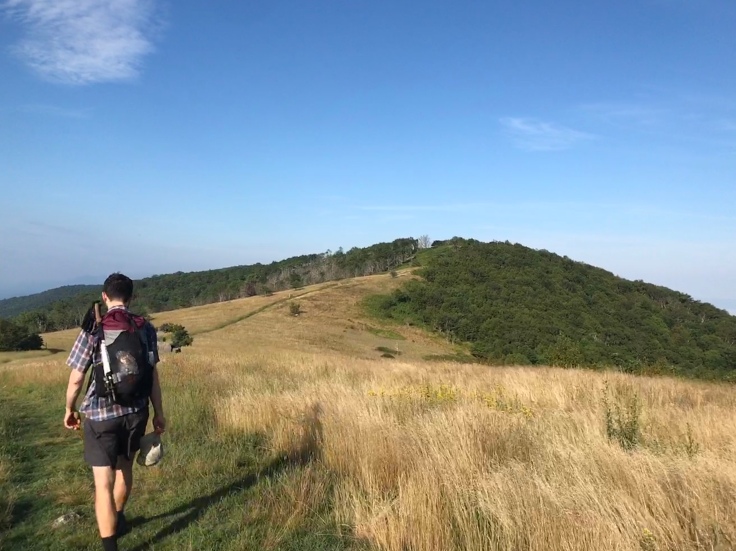 We made it to the nobo group’s cars by 10:30, and drove to Lovingston Cafe where we ordered food and waited to meet up with the other hikers and our own car (and clean clothes!). Despite the downsides of August hiking (heat & humidity, chafing, dry water sources, bugs), the upsides were in full force this weekend (butterflies, wildflowers, sunrises at warm temps and not unbearably early timing).

It's October already. You know what that means? We can look forward to our winter treks to the Adirondacks. ⁠
What is this we have found? What, indeed!⁠
Twenty miles the hard way...⁠
Karan G captured the scenery in our recent trip to the Black Forest Trail in Pennsylvania.⁠
Morning on last weekend's jaunt on the Black Forest Trail.⁠
Redemption time in Shenandoah. ⁠