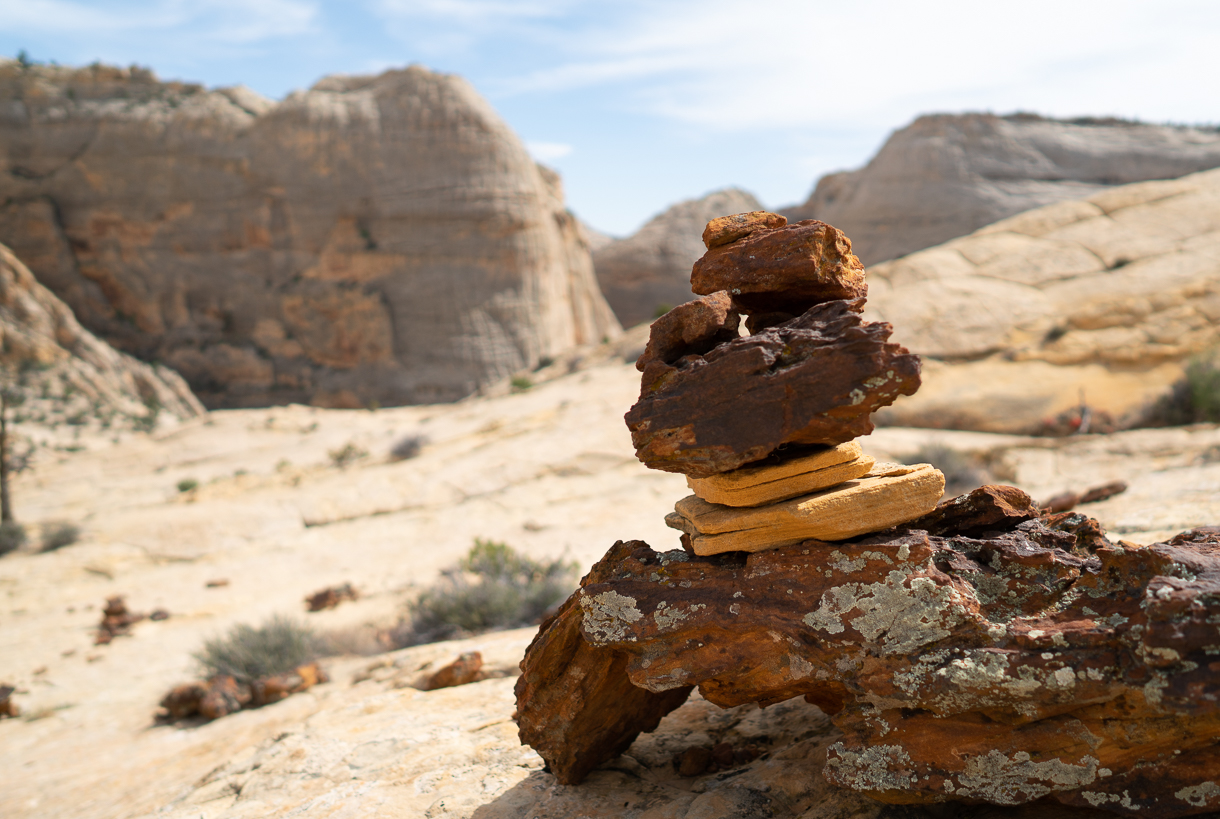 Steve and I are planning on heading back to Utah at the end of April 2018. The current notion is to do a few 2-3 day loops to explore some canyons in the Escalante region. This will be primarily a backpacking trip. You’ll want some prior experience with rock scrambling, but we don’t currently intend there to be anything beyond class 3 as I’m not go…

Check out this Meetup →

Steve, Kyle, Erik and I had an awesome time in Utah this year.   We spent a total of nine days in Utah, plus a day on either end for travel.  Due to the almost five hours of driving from Las Vegas, we also spent another half day on each side for driving.  By the end of the trip we were tired, but there’s still plenty more to see out there.

As anticipated, we adapted the trip to the weather.  Due to a non-zero likelihood of rain during most of the week days of the trip, we avoided getting in slot canyons.  The sections where we had to put our feet in the water were fine as it was usually fairly warm at that point. We had a bit of exposed slickrock with mid-80s and the sun that was a bit hot, so I think one week earlier might be slightly more ideal.

The first night we camped at La Verkin overlook outside of Zion NP.  Steve and I had camped there last year, so we knew the spot. It has great views.  It’s also under ten minutes from there to a coffee shop, which was our morning destination. 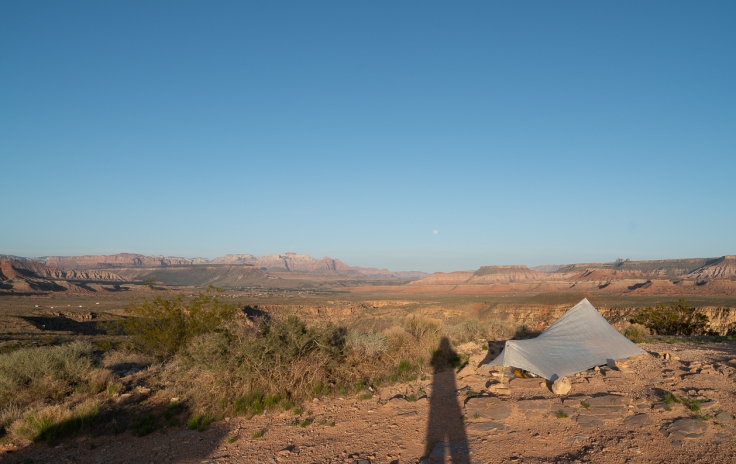 Arriving in the Escalante area, we pulled a four night permit for Harris Wash along with Scorpian canyon.  Later in the trip, we found a book of permits at a trailhead, so took one extra which helped when we found a trailhead that didn’t have any permits still in the box.

Harris Wash was almost as pretty as Coyote Gulch, but didn’t have the crowds that Coyote would likely have on the weekend.  We did see other people hiking out the wash though. Once we reached the Escalante River, we hiked up in about three miles, then turned around and hiked back.  In this section, the river crossings were only up to our knees.

Hiking out of Harris Wash, we took a side scramble to get up to the canyon rim.  We then aimed for an overland cross country route to see the Cosmic Navel. The Cosmic Navel was a recommended destination by some friends of Erik’s that he had kept in touch with since his thru hike.  It’s quite an interesting site, but expect to scramble up a significant hill to see it. As one hiker put it, “it’s a cosmic bitch to get to”. After hiking down, we were able to take a dirt road back to the trailhead. 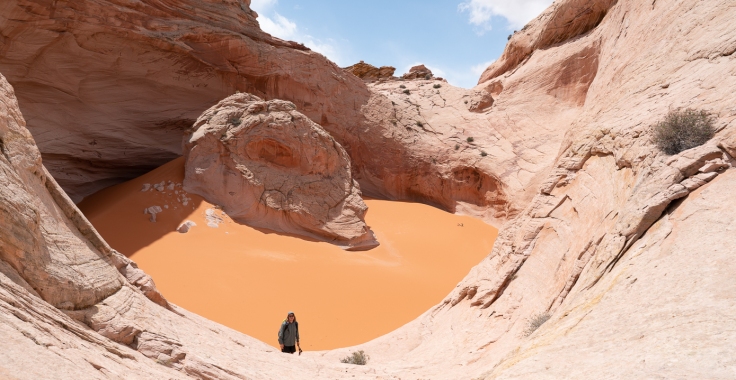 Scorpian Canyon also has a multi-mile cross-country route to reach it.  We started out in cold rain after barely making it to the trailhead due to the softening of the dirt road.  The conditions improved during the day and it wound up being a very nice hike.

One cool feature of Scorpian Canyon was the giant sand-dune that we hiked in on.  Also, since it rained on us, we got to see a lot of waterfalls flowing. We even hung out under a large rock overhang for a while to wait out some of the rain.  That evening we ran across some pack rafters who were going down the Escalante. They were hoping for more flow to make the going easier and seemed to get their wish as the river was up about 6” in that section in the morning.  By this point, one would need to choose their fording site more carefully so as to not go swimming. In addition, the added water seemed to come with added suspended sediment, so one couldn’t see the bottom for much of the river.  We decided to just head back up Scorpian Canyon in the morning. 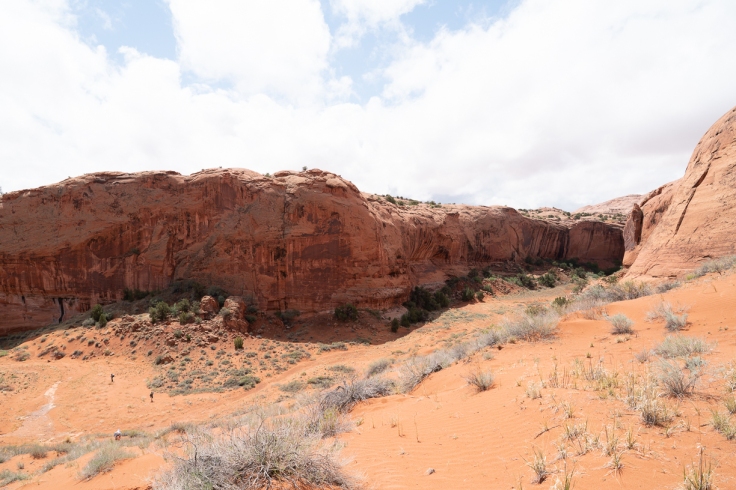 The next route we tried was doing a lollipop loop with the Boulder mail trail, lower Death Box canyon and the Escalante river.  We packed for two nights and three days, but the lure of a restaurant in Boulder for the Saturday night was very strong, so finished with splits of 21/25 for that section.  The mail trail is interesting and involves a steep descent into Death Box canyon. Death Box canyon was super pretty. However, there is a lot of poison ivy at the start of the route, which can be avoided by walking directly in the stream.  If you avoid the potholes, the stream is no more than knee deep when we were doing it. Due to how narrow the canyon is, it would be prudent to avoid doing this section if there’s any flash flood potential. There are some nice swimming spots in lower Death Box though. 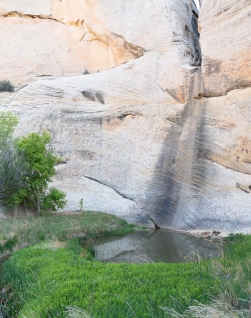 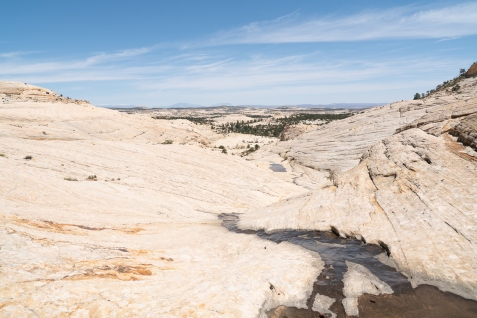 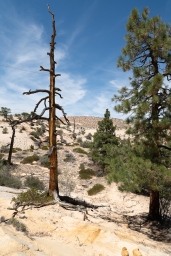 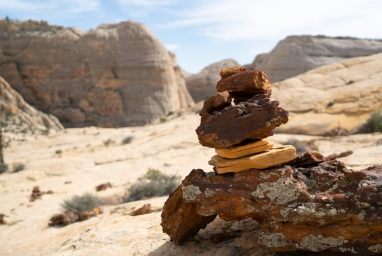 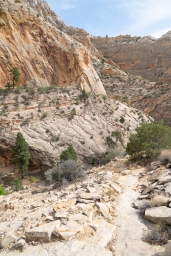 We popped over to Hells Backbone restaurant in Boulder as that’s where Erik’s friends were working.  After a somewhat expensive, but very tasty meal, we agree to meet them the next morning for a day hike.

We did a day hike the following morning down the Escalante river to see Phips Arch.  There’s some light rock scrambling involved to get up to see the arch. After checking it out, we went looking for a nearby natural bridge, but it had fallen down a few years ago.

Driving back through Escalante, we stopped at the Escalante Outfitters again for pizza.  Unbeknownst to us, Kylie and Karan were already there, so it was awesome to hear how their road trip was going.   We wound up camping on BLM or Forest Service land before Tropic, UT on the way to Bryce canyon NP.

On the last day in Utah, we did the Fairyland Loop in Bryce Canyon NP, then drove back to Las Vegas. 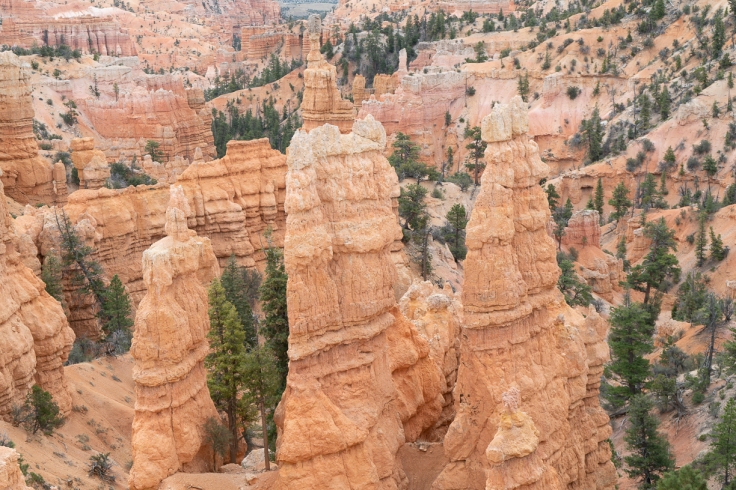 As is well known, management of water in the desert is vital.  We slightly underestimated for part of the Boulder Mail trail, but we were close to reliable water when some folks ran out.  Generally, when you get about 80F and sunny, you’re going to be going through water quite quickly. Kylie and Karan met a couple in reflection canyon that had wildly underestimated and looked to be in bad shape.

We did fairly well with sun protection.  I think I would try a loose fitting long sleeve shirt if I were to go back there again in hot conditions.

Gaia GPS is very useful.  We used it a bit to get an estimate as to where we were.   Kylie recommended the Hiking Project app too.  Kyle had a Garmin unit that had an emergency function too, which added some safety to boot.

For planning, it’s necessary to compensate for the weather.  Furthermore, remember that you’re on vacation, so stopping and checking things out is the point of the trip.  While we still got up at first light at 6am, other than the Boulder Mail trail, we didn’t seem to be in a rush to do miles.  And for finishing the Boulder Mail trail, it was more a matter of eating at a restaurant vs what we packed.

When you add up all of the travel time, the ratio of time spent traveling to time spent hiking is probably only roughly at the 2:1 threshold.  Kyle’s GPS showed 130-140mi hiked on the trip, so figure on 70 hrs of hiking as there were sections where we were going slower than 2 MPH. I estimate 26 hrs of travel for getting to and from Escalante, UT from MD.  And probably another 8 hours of driving to various trailheads when out there.

Overall, it was another fun trip out there.  Eventually, we’ll go through our pictures and put them in a google photo album.  In the meantime, it’s back to work… 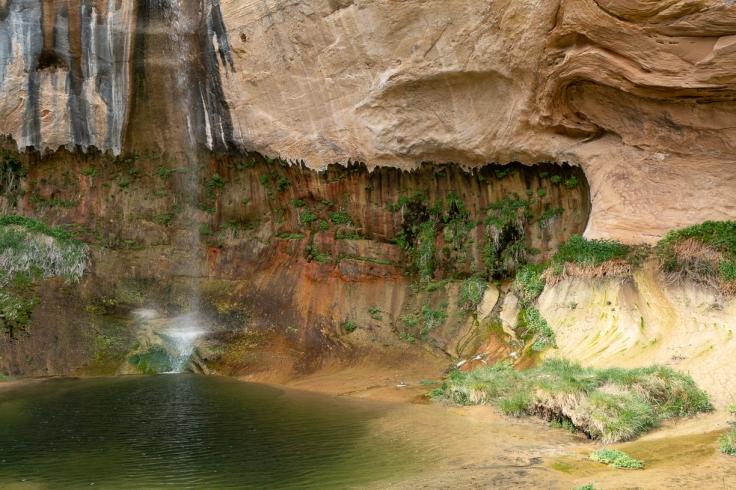